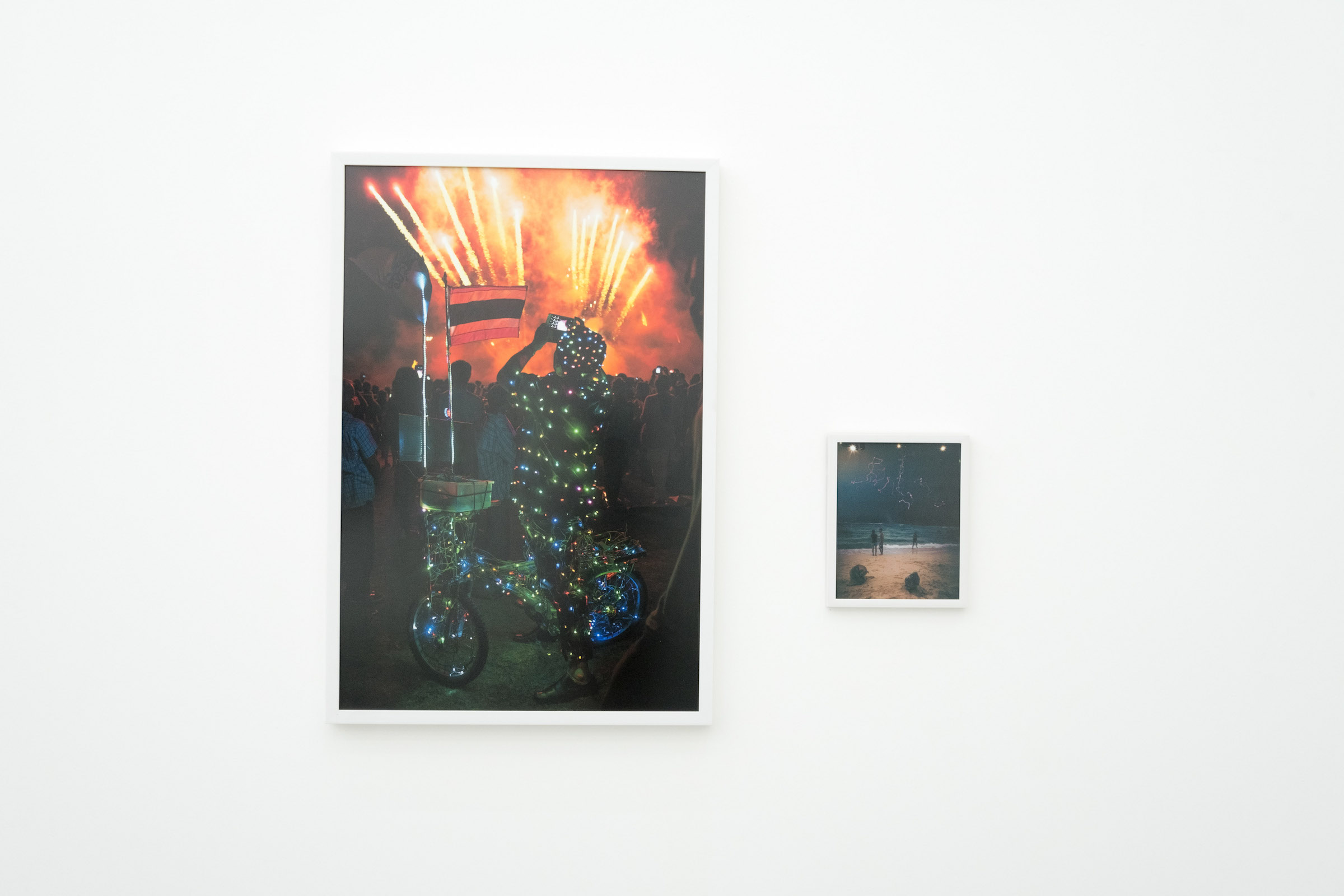 School vacation, summer, 2010. The atmosphere of political violence in Thailand continuously heated up, and my friends and I were unable to go home. We all stayed together at a friend’s house. We only received information from the military, which made us curse the protestors feverishly and watch them getting beaten up with great satisfaction.

Then, in 2014, the thirteenth coup d’etat took place in Thailand. The country has been ruled by the military regime ever since. I began researching deeper about the country’s political history. I found that in 2010, the crackdown resulted in over 90 deaths. Although the death toll of this incident remains the highest in Thai history, none of the victims has received any justice from the law or society.

This work was driven by the cold-blooded responses that I and other people around me had towards the protestors back then. Five years have passed and I’ve only started to perceive what actually happened and understand the protestors as fellow human beings.

The fact that people in the country remained ignorant, indifferent, and even satisfied towards the protestors’ deaths reflects the chilling darkness of nationalism. All the places that appear in my work are those where students are brought to to receive “moral attunement.”

The process of history laundering is conducted through sacred rituals and celebrations, while the concept of karma is used as the key political tool for dehumanization.

Such a process of mental and emotional surgery has been conducted continuously for a long time to control the lives, minds, and dreams of people in the country.

Harit Srikhao born in 1995 in a Pathumthani suburb, Srikhao started taking photos when he was 13 years old with his keen eyes, until at the age of 16 he was selected to attend the Angkor Photo Workshop of French photographer, Antoine d’Agata (Magnum Photos). After coming back to Thailand, he started his first series, Red Dream (2012), by returning to the route that he got lost in the night of the military crackdown in 2010.

Currently, Srikhao is in the progress of creating new work which is about the holy rites of imaginary beings for his dissertation in King Mongkut’s Instutute of Technology Ladkrabang (KMITL). Nuts Society group and the artists around 40 persons