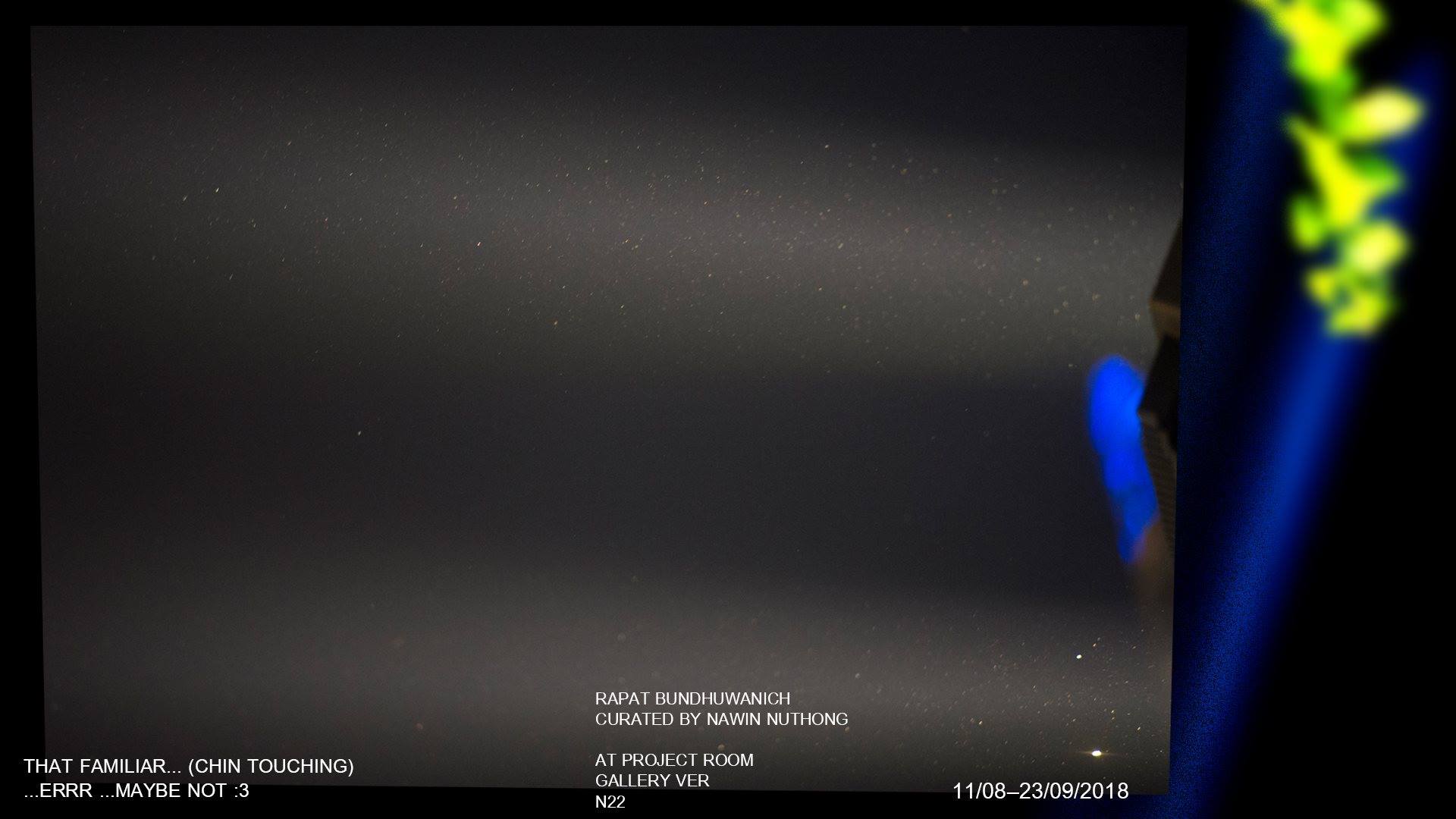 That Familiar (chin Touching) Errr Maybe Not :3
by Rapat Bunduwanich

I’ve always felt as if I was tied with an elastic string to a pole in a pitch blacked room. When I walked away from the pole, further, and further, once the elastic string has fully stretched, I will eventually get pulled back into the pole, like a never-ending loop. However, every times I get pulled back to the same spot are often the times where I recollect my thoughts. Right now, I am also recalling and writing this to you. So let me begin.

I had a chance to talk to a woman whom I met in a dating application. The two of us seem to get along well that we exchange a profound topic. We talked about places. I asked her if she had any place she liked the most. She told me that she the places she liked were rather mostly places where she had had experiences with it. Personally, I have those kind of places. The places that I like, I mean, and I could explain it to her that she could understood. Once our conversation has ended, I pondered about the relationship of the feelings and experiences I have to certain places, both in dreams and reality. Alright I’m getting out of sea.

Anyway, it reminded me of a boy I once saw in a dream two or three years ago. That boy was merrily playing kite in a large field, so large it cannot be anyone’s front yard. The boy was playing without any care in the world. I then asked the boy, “Kid, where are you from?” He replied, “I’m from here.” I was confused, even when I woke up, I was still confused. Don’t get mistaken that I prefer fields like that yet, it’s just that all the feelings I had to that field made me feel weird, it’s a good kind of weird, though. Anyway, I will tell you about the place that impressed me. There is a park near my hometown out of Bangkok, it has many trees and it use to be very dark. At night, adults would not let their kids go there because it was where criminals stayed, smuggled drugs, and many teenagers met up for sex. I didn’t return for quite a while. Until one day I went back, and the park has changed completely. The municipal government had installed huge neon lights all over the park. The park was filled with about 200 neon lights and it was very bright, as if it was an intergalactic park from space. After that the park no longer has any bad incidents for people to talk about. Nonetheless, the park is still quiet just like before, it became a habitat for huge neon lights. At night, they would probably mate and spawn more neon lights all over the park.