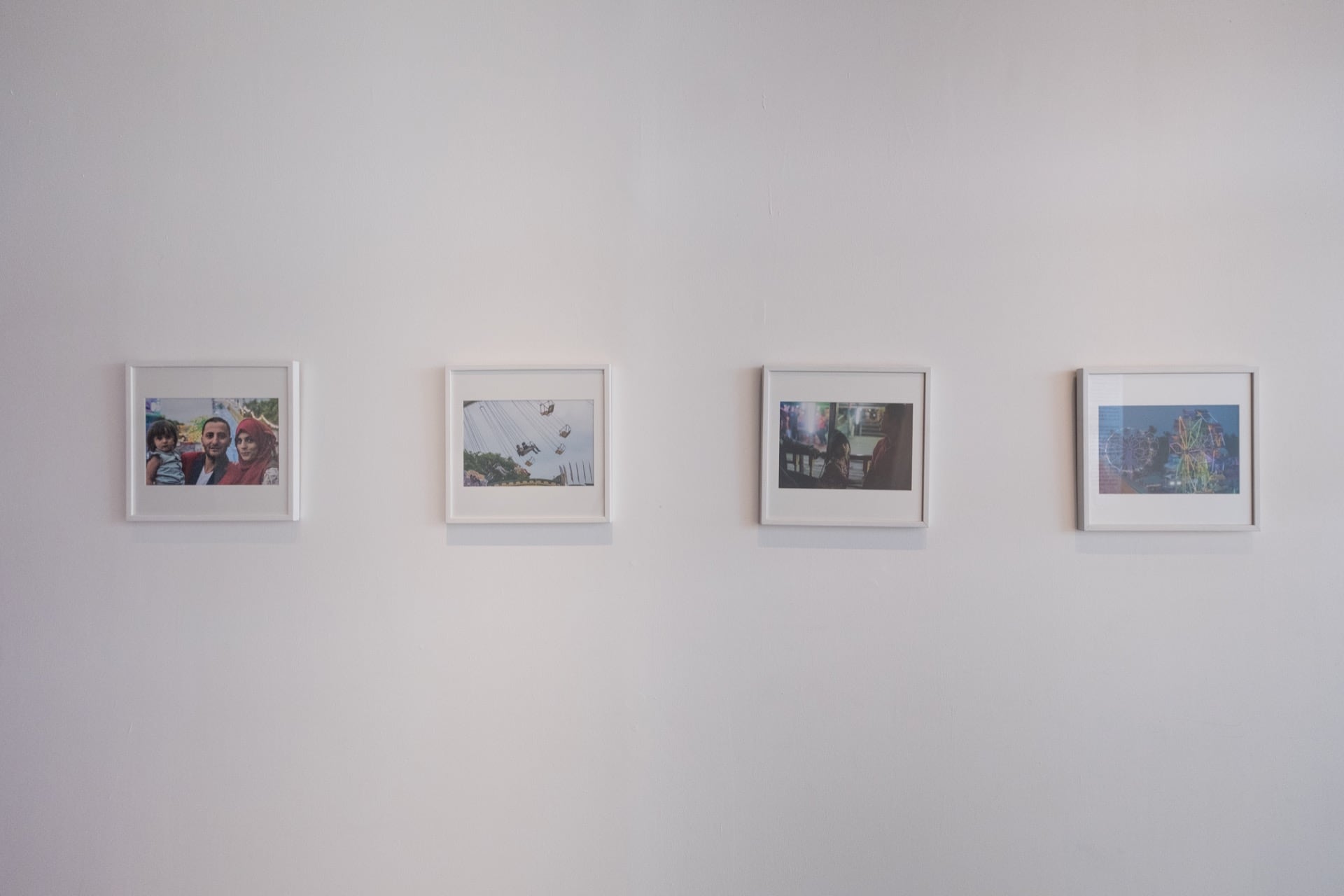 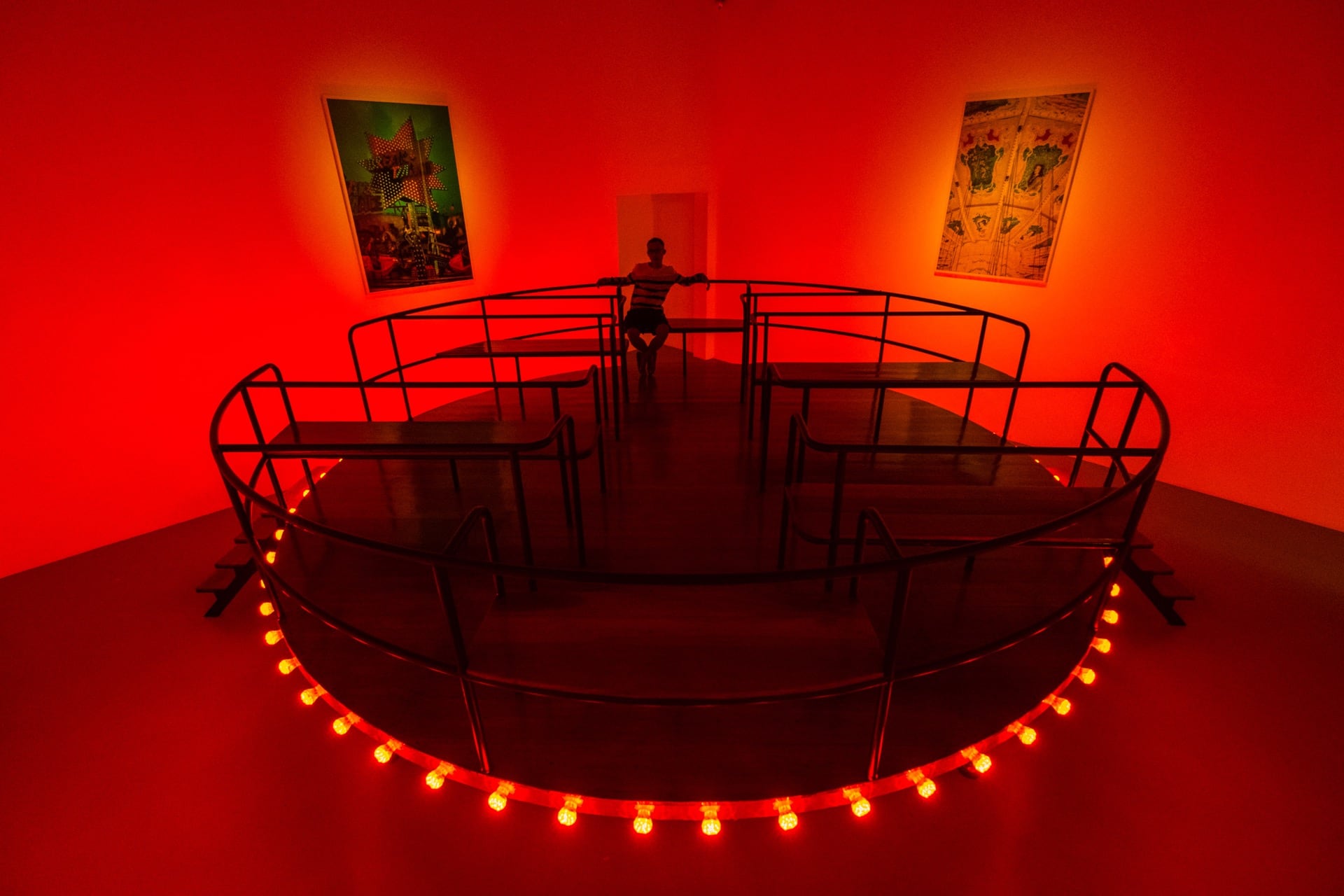 Playground and Tectonic Shifts in Politics

Playground has become an interesting artistic object in exploring the political landscape when a Japanese artist Eiji Sumi showcases his latest installation Here and There. An installation that comes in the round stage shape and the seesaw-like mechanism, that plays with weight and gravity as in the classic physics law. With the law of momentum, the beam structure needs ‘force’ to support the round shaped stage that inevitably has two sides to stay balanced. The installation will be showcased together with the artist’s photos, taken from the playgrounds he has been to.

Eiji intends to use this exhibition as a metaphor of Thailand’s societal and political history, focusing on the lost decades of the country’s democracy from the 2003 coup d’etat, to the era of political particularism and the 2014 coup d’etat. Even though the election is believed to be both the checks and balances method for the government and the citizens and the solution of the chaos in political situation, however, in the same time the election can be perceived as the problem in the eyes of other political camp as well. Therefore, this conflict appears to be endless and directionless since then, until now.

The exhibition Play(e)scape intriguingly exhibits the photography and installation that the artist himself has observed in amusement parks and playgrounds across the globe, that can remind Thai people of the elements and atmosphere of “temple fair”—the dancers with revealing clothes, the pretentious freak shows, the dunk tank girls, the gambling, the vices and violence. There are times that the host is the religious institutions in which this goes embedded with the way of villagers lives, and other aspects such as the beliefs, the faith, the sins and the charisma. With all that mentioned above, it is noticeable that there is some angle in this kind of local fair that tends to support the growth of the power of state which is opposed to the way of democracy.

In the history of Thai contemporary art, politics is such an interesting and inevitable topic that fits the definition of “contemporary” in the art field. Most importantly, it is the ‘experience’ that everybody shares together. Actually, politics has been appearing in the works of Thai artists for awhile now, with a variety of focal points including the political change in 1932, the National Economics and Social Development plans, the not fully-effective policy, the seemingly endless change in constitution, and the indefinite election date.

If we look back into the history, art plays different roles and establishes itself with different statements or standpoints. This is the stage where we differentiate each other with the terms of right or left wing. We often view the left wing as someone who is introducing the new changes and ideas to society. Whereas the right wing is seen as the conservative heads who prefer the same old power and social institutions. But the question is: how is this old Estates-General-like kind of logic used to express the artists and the Thai-style heretic political situations in these last decades?

Perhaps, the problem is not about the ideology, since people’s thoughts cannot be changed. We have to accept the truth that each collective artists holds to their own ideology—in what they believe in, rather than judging on the fact. Sometimes, we keep holding on to the same thoughts or ideas without considering change, but this round seesaw stage never stays still as time passes by. The stage represents the situations where we sometimes think that we are the important ones, the ones who drive this country forward, where in reality, there’s actually someone else who does the job. Also, sometimes unknowingly, we might not be standing on the same old political ideology that we think we are. One may imagine that politics is like a 3D sphere to function as a “Public Sphere.” However, the truth is that we are to accept that politics comes in a flat round shape. Take the case of Galileo Galilei for example – he was convicted with ‘heresy’ because he declared his discovery about the earth was not the centre of the universe, which was opposed to the bible.

It doesn’t matter if we, as humans, decide to stick to our own standpoints or get shaken by the situations where Thai politics are always changing, which also reflects and affects the mobilisation of political and social contexts in the smaller units; contemporary art is what matters. Contemporary art, no matter what happens, will still truthfully do its duty — to record incidents. In the least, this round stage is the space where those who still stick to their own standpoints are still visible and noticeable. Furthermore, this stage with its round shape and difficulty in deciphering which side is left or right can also represent the unclear directions or sides in politics. All in all, in the end, regardless if we are the person standing on the stage or down with others, we need to reminds ourselves that the differences are actually caused by the discourse of right or left. The differences actually depend on how we look at things. 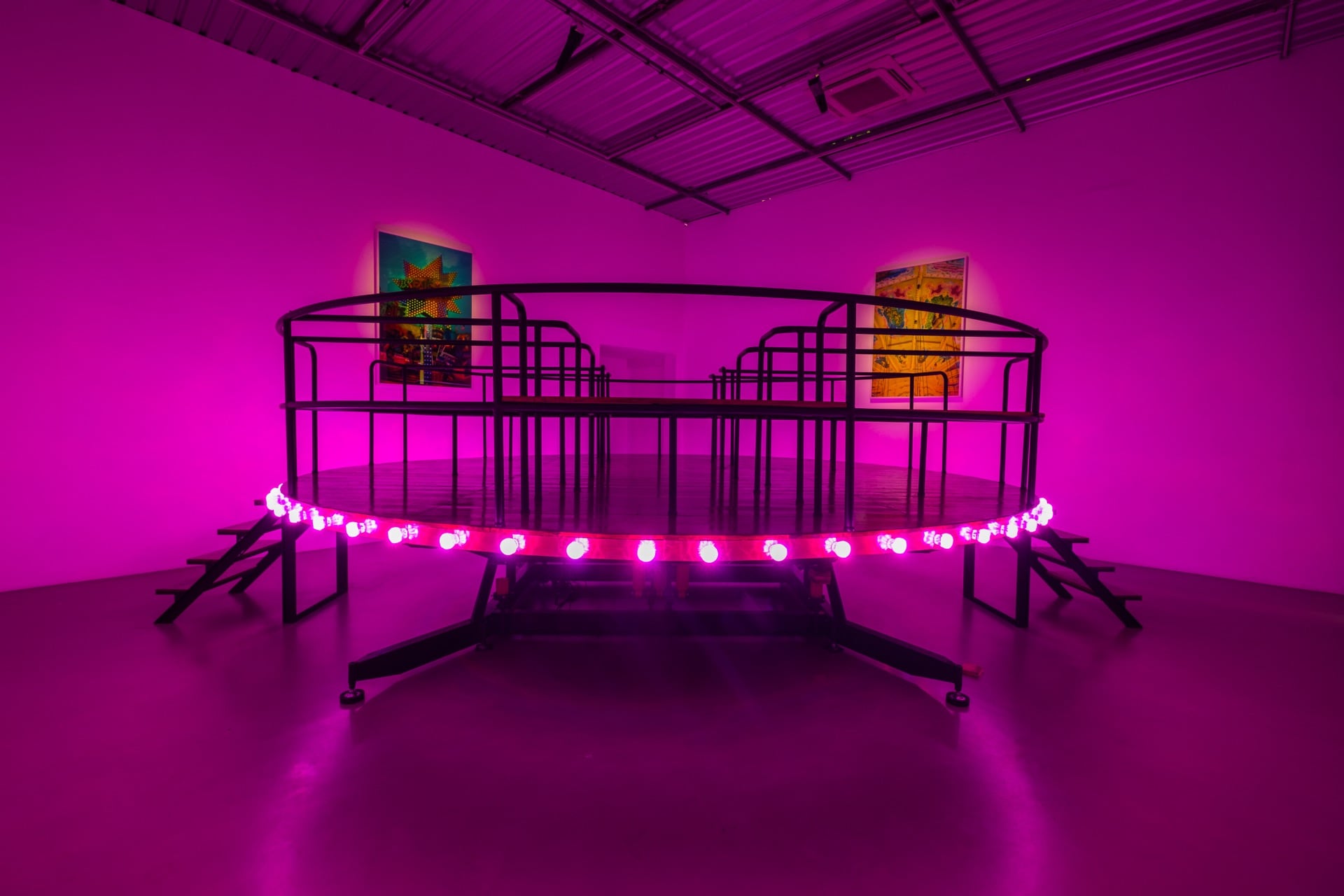 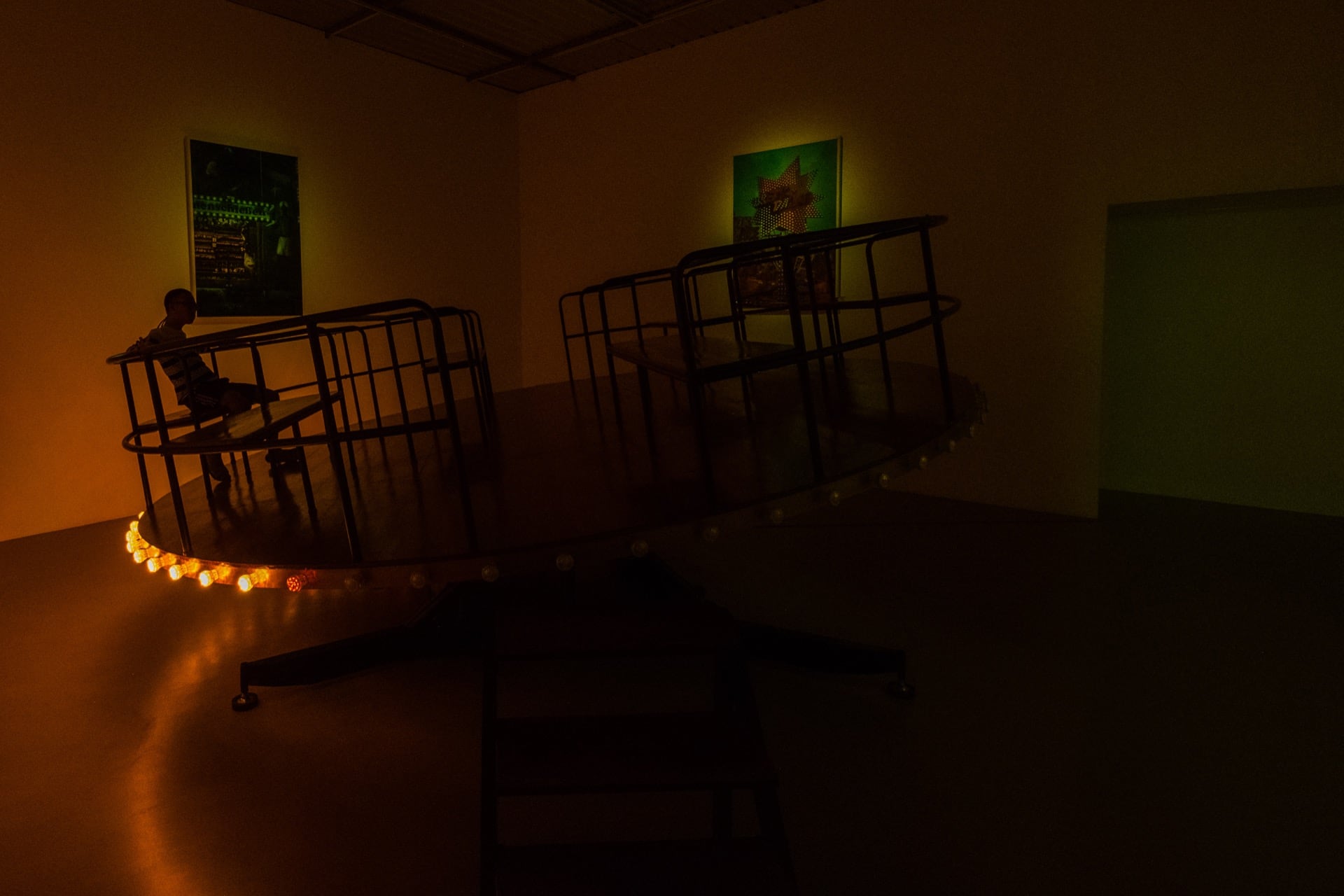 The Smell in The Air After The Firecracker Has Gone Off