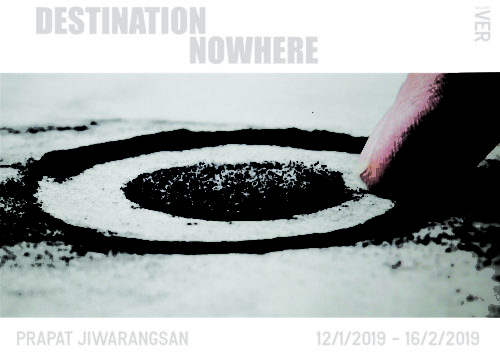 The person in the short ﬁlm was born in Japan. His mother is a Thai worker who had illegally lived in Japan for many years, and, recently, was deported to Thailand. The court initially deported the young man too, but he is ﬁghting for his right to stay to Japan. What should we make a decision on his case – should we follow the rule of law or the rule of humanity?

I had made a ﬁlm with him, and a series of photographs and objects inspired from his life.

Prapat Jiwarangsan (born 1979, Bangkok) is a visual artist from Thailand with a strong background in interdisciplinary art and research. He works across a variety of media, especially photography and video, in order to investigate and represent the relationships between history, memory, and politics in Thailand—particularly in relation to the theme of migration. In the past four years, he has researched and developed a practice that explores the experience of migrant workers outside of their home countries.

His installations have been exhibited in Bangkok, London, Hong Kong, Tokyo and Gwangju while his videos have screened at international film events such as Canada’s Image Festival, International Film Festival Rotterdam, Experimenta India, and Onion City Experimental Film and Video Festival.