The Nerve that Eats Itself 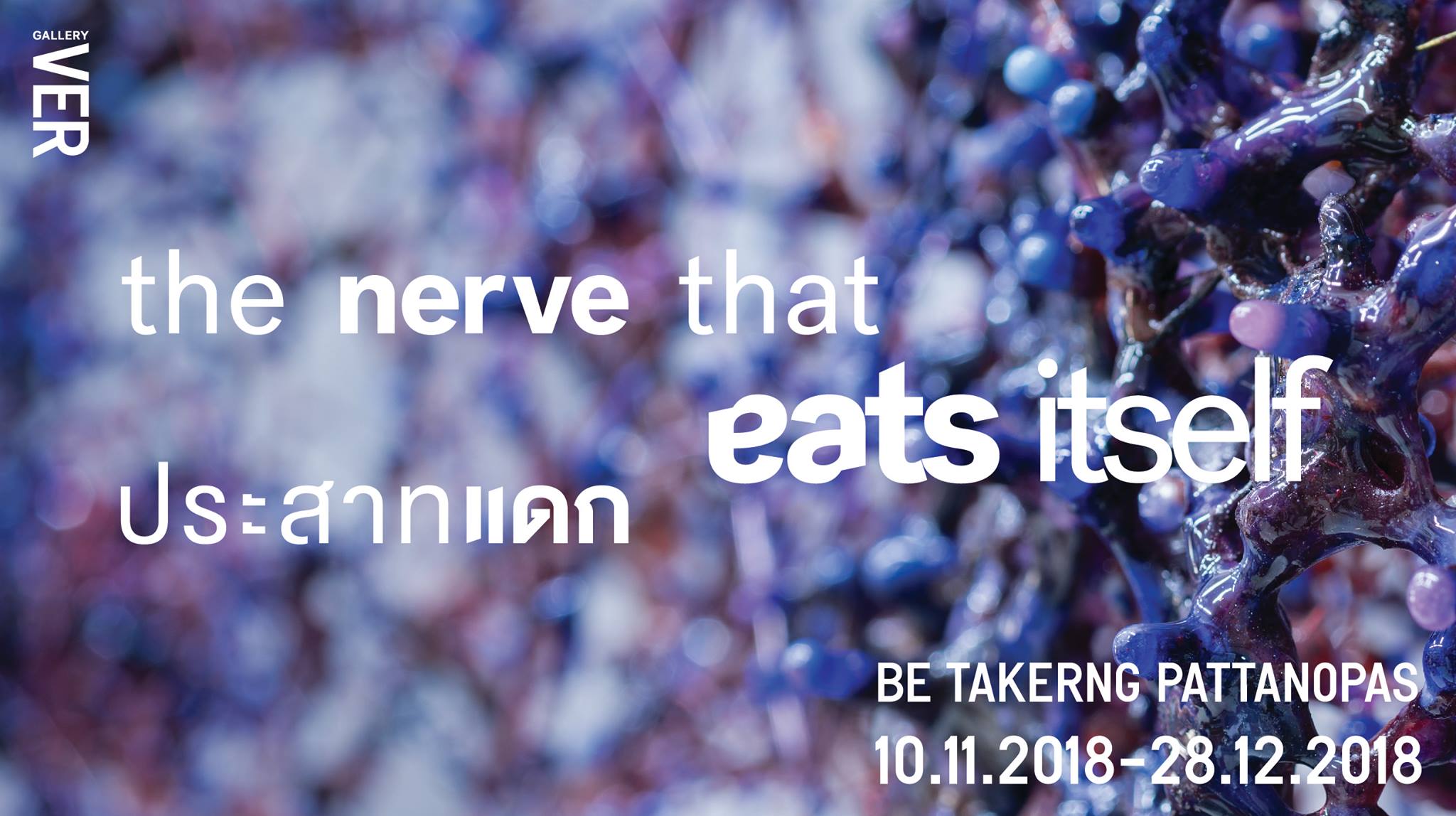 Gallery VER is very pleased to announce an exhibition of sculptures and drawings by Be Takerng Pattanopas. This is his fifth solo exhibition since 1998; and he has been included in many exhibitions internationally.

We are all under the threat of wars and natural catastrophes. The Nerve That Eats Itself are a series of sculptures that attempt to offer consolation in touching the core of viewers’ bodies and minds. However chaotic the compositions may seem, viewers can sense various forms of energy from the subatomic to cosmic. By taking time to slowly contemplate these works, viewers may discover a rare experience of inner peace.

These sculptures are expansive, wall-bound, and meld surface and depth. And they disorient our sense of scale, challenging our perception to oscillate between a sense of microscopic views rendered large or strangely detailed landscapes that render us small. Visceral, web-like, skeletal and bristling, these intricately shaped forms suggest networks: human cells, neurons, and also perhaps the minutiae of underwater worlds. But their denseness is also relieved by the play of light and the works can appear weightless. This shifting perception is the core of Be Takerng’s practice: between the material and immaterial and recognition and the unknown. Energy made visible.

The title refers to ideas of gradual disappearance or the profound insight of our existence: all ends as nothing. The Nerve that Eats Itself represents a maturity in the artist’s pursuit of an artistic language acute to this interest. All moves and shifts towards an ethereal infinitude.

Be Takerng Pattanopas is based in Bangkok. A graduate from Chulalongkorn University, University of Wales, Cardiff, and later Cheltenham & Gloucester CHE with a PhD in sculpture. His recent solo exhibitions include What I Don’t Know That I Know (2013) at H Gallery, Bangkok; Compulsive Orders (2011) at Tally Beck Contemporary in New York City; Permanent Flux (2009) at GMT+7 in Brussels; and Interior Horizons (2008) at Catherine Schubert Fine Art in Bangkok. His largest installation to date, GAP the Mind (2012) was commissioned for i Light Marina Bay 2012 in Singapore; recent group exhibitions include Oscillations (2016), curated by Lyno Vuth at the Art Center of Chulalongkorn University, Bangkok; Monologue Dialogue MD4 (2017) at the Koppel Project in London; Monologue Dialogue MD3 (2014) at the Bangkok Art and Culture Center (BACC); Gentle Matter (2013) at Richard Koh Fine Arts, Singapore; Unspeaking Engagements (2010) at Lancaster Gallery, Coventry School of Art and Design, Coventry, England; From Surface to Origin: journeys through recent art from India and Thailand (2008) at Gallery Soulflower in Bangkok;and Prana: Art, Light, Space (2007) at Chulalongkorn University Art Center, Bangkok.